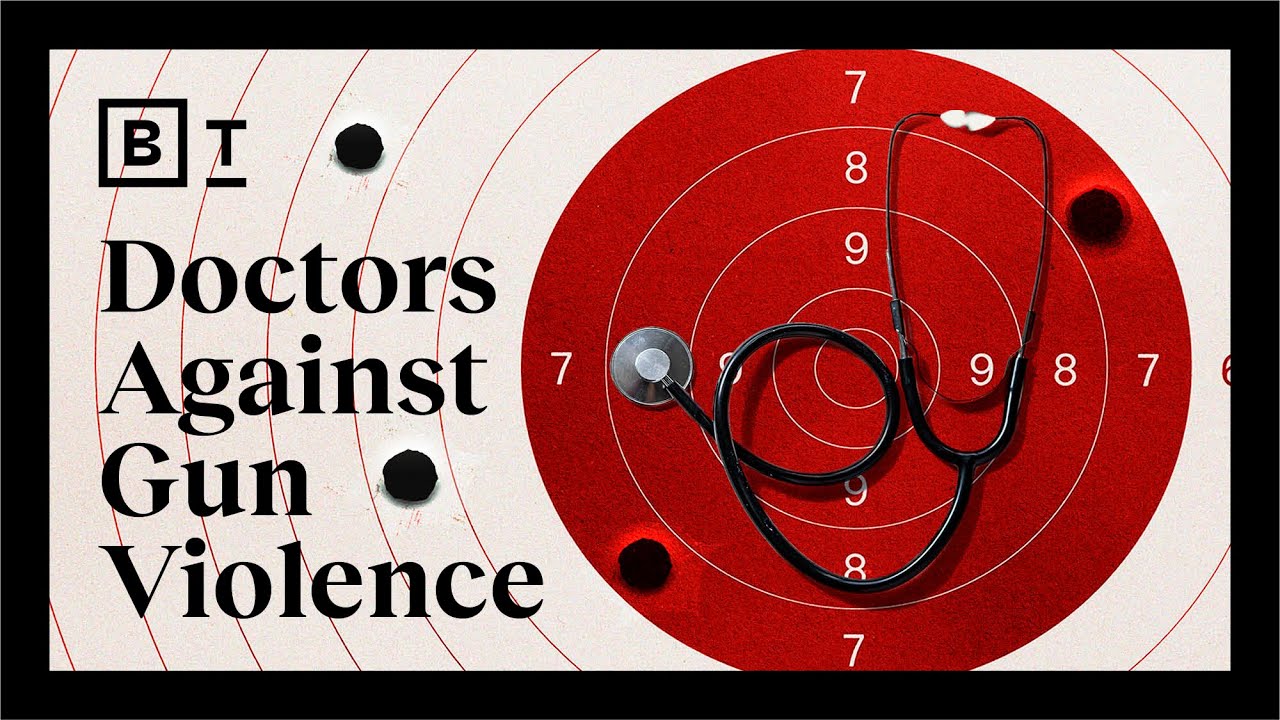 As Northwell Health CEO Michael Dowling points out, the deaths are not the whole story. The physical, emotional, and psychological trauma reverberates through communities and the public at-large. “This is just not about guns,” says Dowling,” this is a serious public health issue and we’ve got to look at it that way.

Hospitals often deal with the aftermath of gun violence, but they can play a key role in preventing it. Medical staff are trained to assess health risk factors. Dowling argues that a similar approach is needed for guns. “We have to be much more holistic in our approach.”
———————————————————————————-
MICHAEL DOWLING:

Michael J. Dowling is president and chief executive officer of Northwell Health, New York’s largest health care provider and private employer, with 23 hospitals, more than 800 outpatient locations, and 75,000+ employees. One of health care’s most influential executives, Mr. Dowling has received numerous awards, including the Ellis Island Medal of Honor, an honorary degree from the prestigious Queen’s University Belfast and his selection as the Grand Marshal of the 2017 St. Patrick’s Day Parade in NYC. He also serves as chair of the Institute for Healthcare Improvement.
———————————————————————————-
TRANSCRIPT:

MICHAEL DOWLING: Gun violence is a national crisis. We have about 41,000 deaths last year from gun violence. This is just not about guns. This is a serious public health issue. And we had got to look at it that way.

For example, fewer people die from car accidents yet, we’ve spent an awful lot of time over the last couple of decades, wondering about how do we make cars safe? We didn’t ban cars. We figured out how to make them safe. I remember the discussion with Ralph Nader way back when he said, I want to put seat belts in the cars. Everybody said, you’re not. We won’t be able to afford a car. It will destroy the car industry. The manufacturers can’t do it. It’s an invasion of privacy. I don’t want to have anybody tell me what the hell to do when I sit in my own car. Yet today, try to buy a car without a seatbelt. We got air bags. We got child supports in the car. We have safety standards. It’s the same with guns in my view. You can have a gun. Let’s figure it out how to use them safely.

The effect of guns is not measured by the 41,000 deaths. That’s easy to measure, but what are the downstream effects of this, in many of these communities and to the public at large? When you’re running a healthcare organization, we see it each and every day. Millions of people end up in the hospital as a result of gun violence. We treat people who come to us with gun injuries. We treat the people that come to us with trauma. We treat mental health issues. We treat domestic violence victims. Over 80% of Americans, believe that something should be done about gun safety, including gun owners. I think people are afraid to talk about it because people automatically jump to the issue of, oh you want to ban guns. I’m not against guns. I’m against the unnecessary ill effect of guns that do terrible harm to people.

What You Need To Know About the COVID-19 Delta Variant
El reto de la educación ambiental. | Esteban Lara | TEDxCoatzacoalcos
Re-inventing education with technology | Yusuf Usman Dauda | TEDxHadejia
Uncovering the Magical Microbial World of the Vagina
What it is like to have a baby in prison | Jessica Kent | TEDxIndianaUniversity