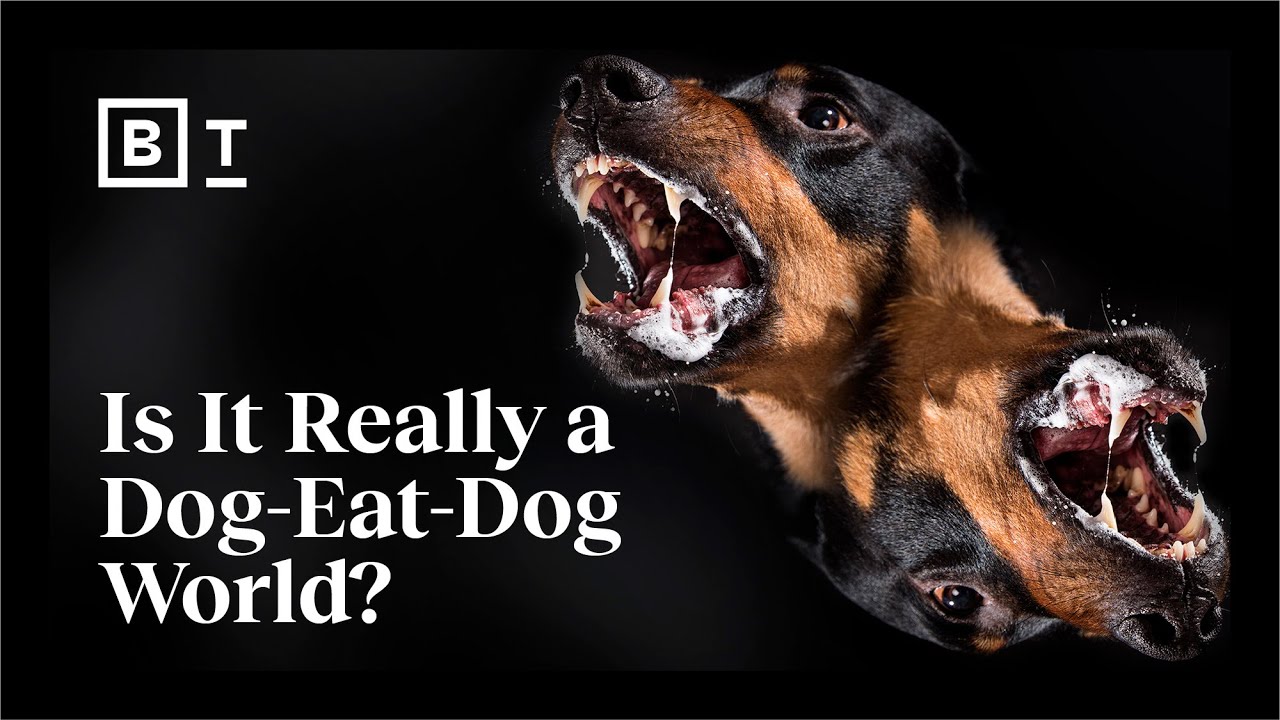 The idea that animals are always in conflict with one another and competing for resources is “totally wrong,” de Waal says.

Other primates, specifically chimpanzees and bonobos, have demonstrated a range of traits and tendencies typically regarded as human, including empathy, friendship, reconciliation, altruism, and even adoption.
———————————————————————————-
FRANS DE WAAL:

Frans de Waal is a Dutch/American biologist and primatologist. He teaches at Emory University and directs the Living Links Center for the Study of Ape and Human Evolution, in Atlanta, Georgia. He is known for his popular books, such as Chimpanzee Politics (1982), Bonobo: The Forgotten Ape (1997) and The Age of Empathy (2009). He has been elected to the National Academy of Sciences and the Royal Dutch Academy of Sciences.
———————————————————————————-
TRANSCRIPT:

People sometimes describe nature as a dog-eat-dog world. Some of the biologists depict nature as a battlefield basically where selfish tendencies tend to prevail. And from morality, the evolution of morality there’s very little room. What they mean is that all they see is competition. I win, you lose, winning is better than losing and so on. That’s totally wrong. I fought against that sort of characterization of animal society all my life, because just like human society it is built on a lot of friendship and cooperation at the same time. We’d like to deny that connection that exists between us and animals. Certain tendencies, such as a sense of fairness, empathy, caring for others, helping others, following rules, punishing individuals who don’t follow the rules, all of these tendencies can be observed in other primates. And they’re saying these are the ingredients that we use to build a moral society.

The whole spectrum of both very positive behavior and very negative behavior can be seen in other animals. Animals can be heroic and they can be genuinely altruistic and we actively tested in our chimpanzees. We’ve done an experiment where a chimpanzee can choose between two options. One option rewards only himself, the other option rewards himself plus a partner who sits next to him. And our chimpanzees preferred the latter option. They prefer a task where they can reward the partner at the same time as themselves. The primates are a very cooperative society in general. The reason they live in groups is that on their own they cannot survive. So they have to have companions from whom they get support, with whom they live together, who help them find food, who warn them against predators. And they have long-term friendships in their society just like humans have. There’s a lot of studies on how animals do favors for each other. And if you think about how this works it has to be based on gratitude. Like you do something for me, and I do something back to you. There must be some sort of emotional mechanism in there. And there’s descriptions in the wild of people who, for example, who cut loose a whale who has been caught in a net, and they describe how the whale doesn’t just swim away. The whale goes back to all these people and nuzzles them or lifts them up out of the water, and then he disappears, and they feel the whale is expressing his gratitude for whatever happened. So there’s all sorts of signs that animals have that capacity.

In the ‘70s I discovered that chimpanzees reconcile after fights. Many animals have this process where a relationship is disturbed by fighting, but the relationship is still valuable to you, so you need to do something about what happened to it. When I saw in the chimpanzees that they sometimes kiss and embrace each other after fights, and later in bonobos, I saw that they have sex after fights. I immediately understood that reconciliation is common and then later of course, many other studies have found reconciliation not just in the primates, in elephants and dolphins, in wolves, in goats. And adoption is also typical. So for example, in Tai forest, in Ivory Coast, there is a documentation of 10 cases of adoption by males, adult males, who have adopted an orphaned chimpanzee. So the chimpanzee loses its mother, chimpanzees are dependent on their mother for at least eight years of their life…

How Magnetism Shapes The Universe
What it is like to have a baby in prison | Jessica Kent | TEDxIndianaUniversity
An Unedited, Rain-Soaked Ride on Claughton’s Aerial Ropeway
When you are not the Danish prince | Silvia Lulcheva | TEDxVitosha
Why These Baby Bees Love Jam Sessions