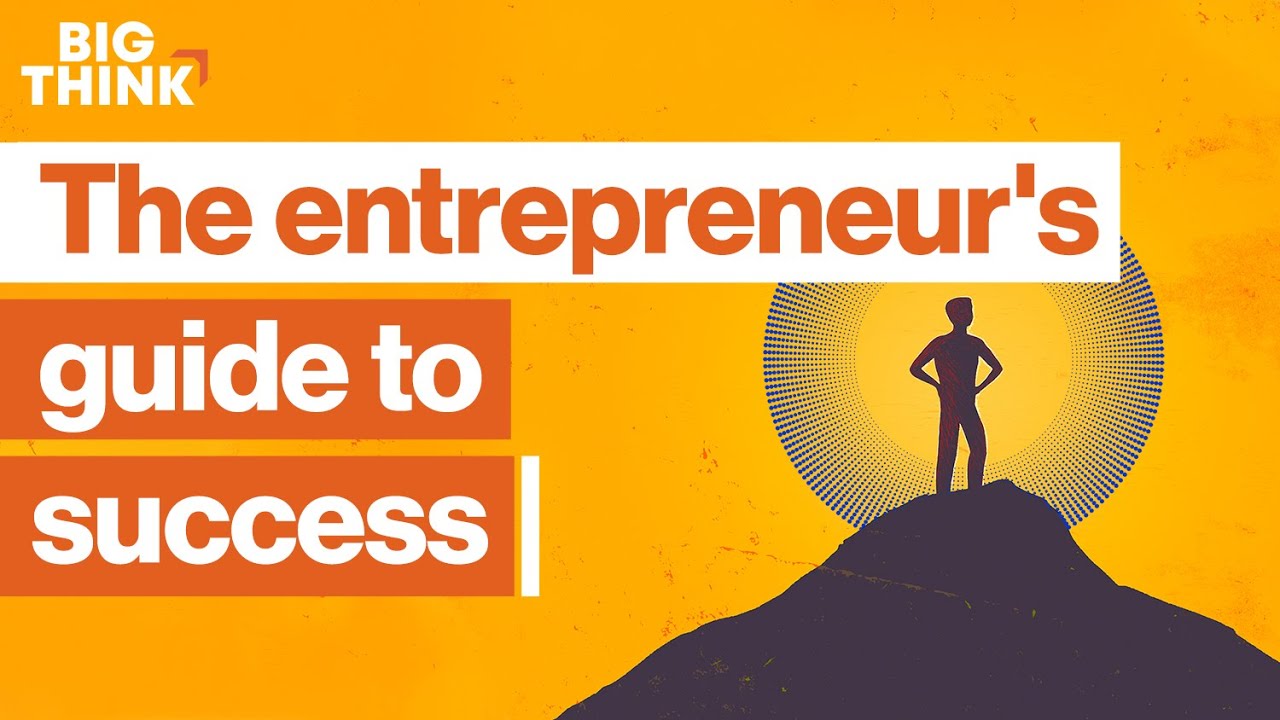 TED & Talks
Share on Facebook
Share on Twitter
Share on Google+
Share on Pinterest
Share on LinkedIn
The entrepreneur’s guide to success
Watch the newest video from Big Think: https://bigth.ink/NewVideo
Learn skills from the world’s top minds at Big Think Edge: https://bigth.ink/Edge
———————————————————————————-
Anyone can start a business and be an entrepreneur, but the reality is that most businesses will fail. Building something successful from the ground up takes hard work, passion, intelligence, and a network of people who are equally as smart and passionate as you are. It also requires the ability to accept and learn from your failures.

In this video, entrepreneurs in various industries including 3D printing, fashion, hygiene, capital investments, aerospace, and biotechnology share what they’ve learned over the years about relationships, setting and attaining goals, growth, and what happens when things don’t go according to plan.

“People who start businesses for the exit, most of them will fail because there’s just no true passion behind it,” says Miki Agrawal, co-founder of THINX and TUSHY. A key point of Agrawal’s advice is that if you can’t see yourself in something for 10 years, you shouldn’t do it.
———————————————————————————-
TRANSCRIPT:

CHERYL HELLER: It begins with an ultimate vision. Not I want to have a successful business. Not I want to launch a website. It’s the real understanding of a purpose that creates energy and that aligns everyone around the same goal.

BRE PETTIS: Frankly, our biggest challenge as a culture is how do we empower people to unlock their true potential and explore who they are. Because I believe that inside each person is the potential to have deep, deep powerful impact on their local community and society at large. How do we make that happen? How do we unlock that?

SARAS SARASVATHY: The way entrepreneurs do it, they work with what they have and they look around and say what can I do with this.

JOHN BUTMAN: The really successful ones connect their ideas to other ideas. So no idea is totally original. Most of us have ideas that add to existing ideas that bring a bit of originality, that have our own take on things and the really good ones link into great ideas that have come before.

MIKI AGRAWAL: The first question that I ask myself is: What sucks in my world? Does this thing suck in my world so much that I want to do something about it? What sucked in my world? Having stomachaches every time I ate pizza. Regular conventional pizza. Bleached flour, processed cheese, sugar filled sauces, processed toppings. That was hurting me. But I love pizza and I wanted to keep it in my life, but I couldn’t eat that kind of pizza. Second question is: Does it suck for a lot of people? Because if it sucks for just you and you’re like a diva then sorry, but that’s probably not the great business idea. But if it sucks for a lot of people then business opportunity. The final question which is the most important one is: Can I be passionate about this issue, cause or community for a really long time? It takes ten years to be an overnight success. We often think that like, ‘Oh my god, Dollar Shave Club sold in two years for a billion dollars. Oh, look at Instagram—It had ten people, sold for a billion dollars. I can do this.’ Those are literally like winning the lottery. You have to feel like you can sit in that discomfort for ten years and be passionate about that issue for ten years.

SARASVATHY: If you want the shortest predictor of success it’s how people actually deal with failure.

RICHARD BRANSON: There is a very thin dividing line between success and failure. Most people who set off in business without financial backing they fail at sometimes in their lives. And I’ve only just stayed at the right side of that dividing line.

SARASVATHY: If you think about it for a moment just by being willing to fail once or twice and start again, you can increase the probability of your success. So failure teaches you not only what not to do, but also how to do things with a smaller footprint. So if failure happens, it’s not disastrous.

Read the full transcript at https://bigthink.com/videos/how-to-become-an-entrepreneur

How to support yourself (and others) through grief | Nina Westbrook
Ask, Clarify, Confirm | Amelia Spalter | TEDxBrownU
5 SHOCKING Pentagon UFO Revelations!
When do you age the most? #shorts
How Knots Help Us Understand the World