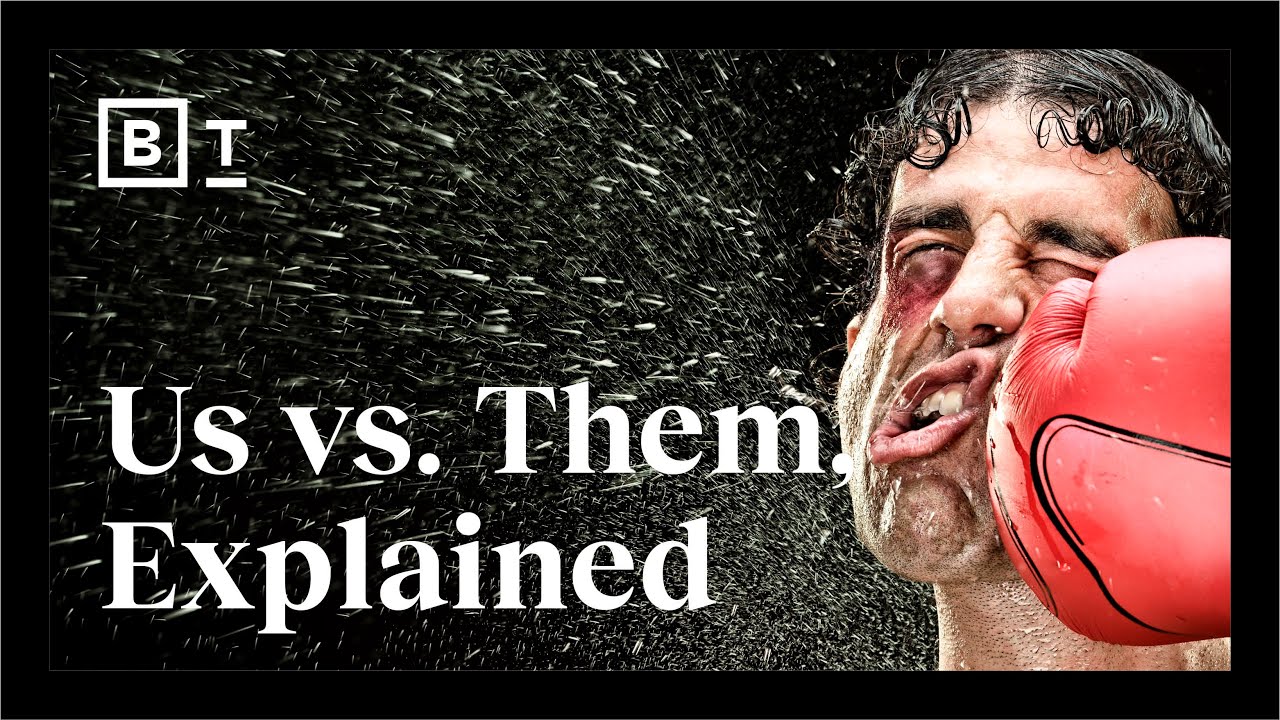 Neuroendocrinologist Robert Sapolsky, author Dan Shapiro, and others explore the ways that tribalism functions in society, and discuss how—as social creatures—humans have evolved for bias.

0:00 Intro
0:30 Robert Sapolsky on the hardwiring of social creatures and the “runaway trolley problem.
4:53 Alexander Todorov on typicality and how we perceive faces.
6:46 Dan Shapiro on when tribe loyalty supersedes logic.
8:00 Amy Chua on the importance of grouping our identities.
8:47 Dividing into groups is inevitable,says Sapolsky, but how we divide is fluid.
10:44 Beau Lotto and Todorov discuss how our brains evolved for assumptions and the psychological functions of first impressions.

Our brain evolved to take what is meaningless to make it meaningful. Everything you do right now is grounded in your assumptions. Not sometimes, but all the time.

We are kind of hardwired to figure out the intentions of other people.

We turn the world into us’s and thems. And we don’t like the thems very much and are often really awful to them.

That’s the challenge of our tribalistic world that we’re in right now.

ROBERT SAPOLSKY: When you look at some of the most appalling realms of our behavior, much of it has to do with the fact that social organisms are really, really hardwired to make a basic dichotomy about the social world, which is those organisms who count as us’s and those who count as thems. And this is virtually universal among humans. And this is virtually universal among all sorts of social primates that have aspects of social structures built around separate social groupings, us’s and thems. We turn the world into us’s and thems and we don’t like the thems very much and are often really awful to them. And the us’s, we exaggerate how wonderful and how generous and how affiliative and how just like siblings they are to us. We divide the world into us and them. And one of the greatest ways of seeing just biologically how real this fault line is is there’s this hormone oxytocin. Oxytocin is officially the coolest, grooviest hormone on Earth because what everybody knows is it enhances mother infant bonding, and it enhances pair bonding in couples. And it makes you more trusting and empathic and emotionally expressive and better at reading expressions, more charitable. And it’s obvious that if you just spritz the oxytocin up everyone’s noses on this planet, it would be the Garden of Eden the next day. Oxytocin promotes prosocial behavior, until people look closely. And it turns out, oxytocin does all those wondrous things only for people who you think of as an us, as an in-group member. It improves in-group favoritism, in-group parochialism. What does it do to individuals who you consider a them? It makes you crappier to them. More preemptively, aggressive, less cooperative in an economic game. What oxytocin does is enhance this us and them divide. So that along with other findings, the classic lines of us versus them along the lines of race, of sex, of age, of socioeconomic class, your brain processes these us-them differences on a scale of milliseconds. A 20th of a second, your brain is already responding differently to an us versus them.

So fabulous studies showing this, this double-edged quality to oxytocin. and this was a study done by a group in the Netherlands. And what they did was they took Dutch University student volunteers and they gave them classic philosophy problem, the runaway trolley problem, is it okay to sacrifice one person to save five? Runaway trolley. Can you push this big beefy guy onto the track who gets squashed by the trolley but that slows it down so that five people tied to the track… Standard problem in philosophy, utilitarianism, ends justifies means. All of that. So you give people the scenario and people have varying opinions. And now you give them the scenario where the person you push onto the track has a name. And either it’s a standard name from Netherlands, Dirk. I think he was a Pieter, which, this is like a meat and potatoes Netherlandish name or a name from either of two groups that evoke lots of xenophobic hostility among people from the Netherlands. Someone with a typically…

Read the full transcript at https://bigthink.com/the-science-behind-us-vs-them

The Powerful of Habbit | Aidil Pananrang | TEDxSampoernaUniversity
How marijuana reform could repair, reclaim and restore communities | Khadijah Tribble
What to do when climate change feels unstoppable | Clover Hogan
The Disputed History of the Hot Dog
Re-inventing education with technology | Yusuf Usman Dauda | TEDxHadejia