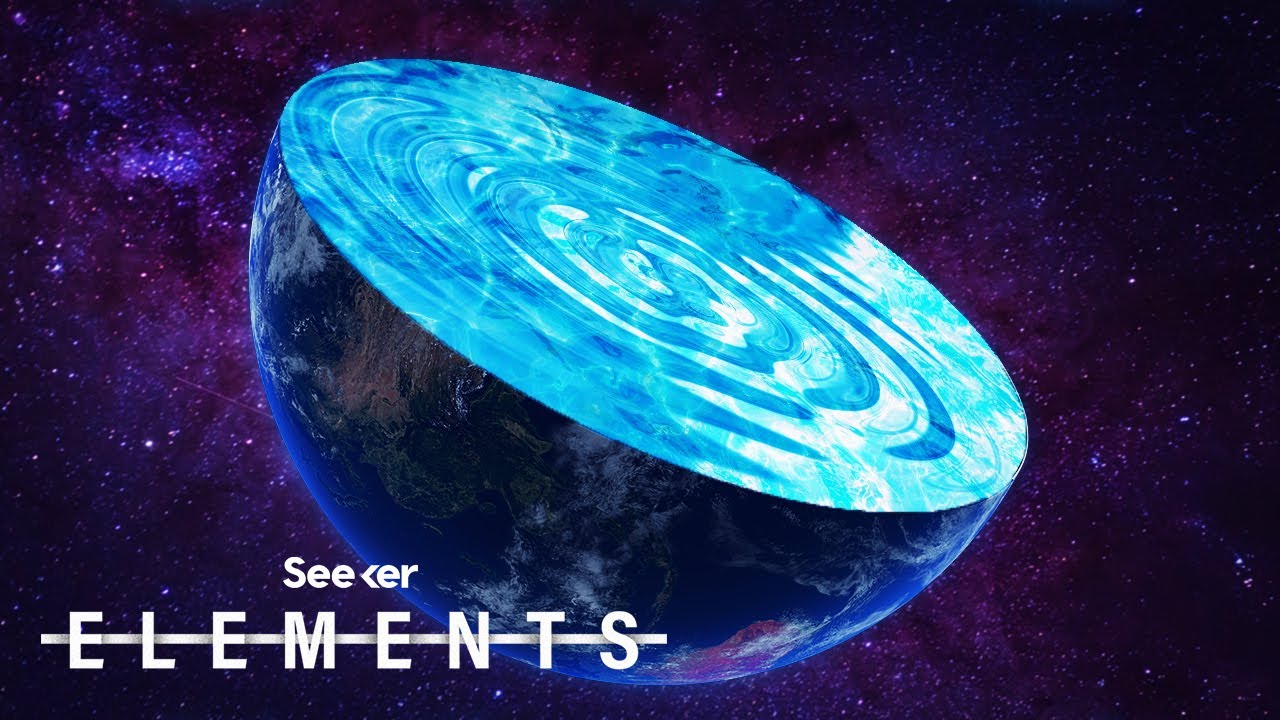 Oceanographic teams have known for a while that there are pockets of fresh water below the seafloor. They would run into them occasionally when drilling offshore for oil but when geologists and geophysicists explored how big these pockets actually were, they were floored.

Both of these techniques rely on the fact that salt water is a much better conductor of electromagnetic waves than fresh water, therefore allowing us to probe things we can’t usually see…like the composition of the Earth below the seafloor.

While scientists believe the fresh water has probably been there a pretty long time, the team also believes that these undersea aquifers are being supplied with new freshwater from subterranean systems.

Rising and falling ocean tides provide alternating pressure to deep onshore sediments, acting a bit like an absorbent sponge, pulling underground water toward the ocean. This means that the hydrologic systems under the land, many of which we already use, might be connected to undersea aquifers in ways we didn’t previously know about. But can we actually use this water? Drink it even?

Several countries across the globe, like India, are already experiencing major water shortages, and while these newly discovered undersea aquifers could be an unexpected solution we still need to think about how we can access them, the need to desalinate them. and if we do what will the effects be.

The Hunt for Earth’s Deep Hidden Oceans
https://www.quantamagazine.org/the-hunt-for-earths-deep-hidden-oceans-20180711/
“If the transition zone could store 1 percent of its weight in water — a moderate estimate, Jacobsen said — it would contain twice the world’s oceans. The lower mantle is much drier but also voluminous. It could amount to all the world’s oceans (again). There’s water in the crust, too.”

A Massive Freshwater Sea Is Buried Beneath the Atlantic Ocean
https://www.livescience.com/65779-giant-freshwater-aquifer-east-coast.html
“To investigate these areas, the researchers dropped instruments to the seafloor to measure the electromagnetic fields below. In addition, a tool towed behind the ship emitted artificial electromagnetic pulses and measured the reactions from the subseafloor”

Elements is more than just a science show. It’s your science-loving best friend, tasked with keeping you updated and interested on all the compelling, innovative and groundbreaking science happening all around us. Join our passionate hosts as they help break down and present fascinating science, from quarks to quantum theory and beyond.

Seeker explains every aspect of our world through a lens of science, inspiring a new generation of curious minds who want to know how today’s discoveries in science, math, engineering and technology are impacting our lives, and shaping our future. Our stories parse meaning from the noise in a world of rapidly changing information.