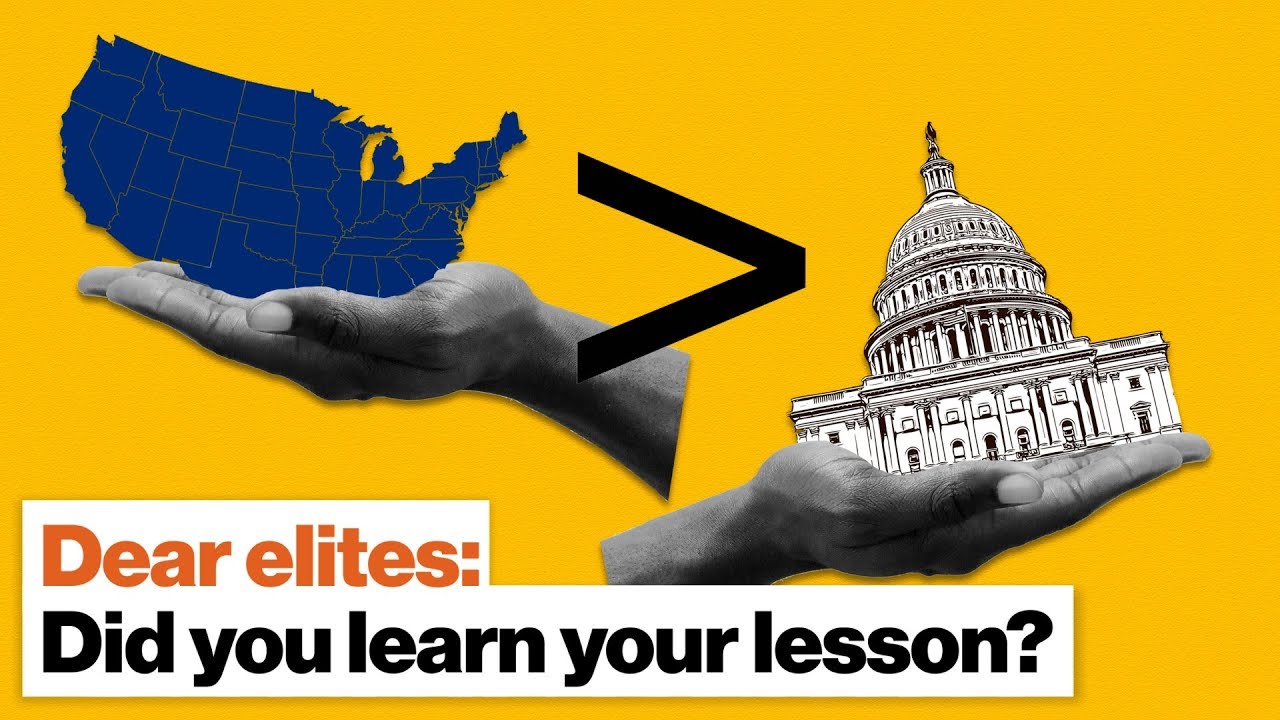 – A globalized, interconnected world doesn’t necessarily work for everyone… especially on the rural (and hyper-local) levels.

– While many got massively rich from technology and globalized trade it left many feeling locked out.

– Anand focuses on the rise of Trump and the huge popularity of Bernie Sanders to highlight the fact that the majority aren’t satisfied with the current state of capitalism.

One of the things that happened in recent years was that as globalization – which is kind of a catch-all term for what was happening in terms of increased economic interdependence, growing trade, technology, technological penetration of many industries and automation and all those things – and everything the internet did was that because all of those things integration of the world, countries coming closer together, technology, the internet. Because all those things have a nice ring to them, a kind of moral glow, the people who were ardent champions of globalization always spoke of globalization as though it were not just an ideology or a process but kind of truth and light. And that anybody who along the way whether in the steel towns of eastern Ohio or in large swathes of this country where this kind of revolution actually meant much choppier employment and precarious wages. Or in large swathes of the world where the increasing pace of life meant that yes, you might make a lot of money, but then industries would kind of vanish as fast as they came.

Anybody complaining about what globalization was doing to them was richsplained by these defenders of globalization that you’re being provincial. What, do you not like the coming together of nations? Are you against the peoples of the world connecting? Are you against technology and the empowerment? You don’t want people to be empowered? And there was this way in which anybody who was raising alarm bells over the 30-40 year period that I’m talking about here was cast as being narrow-minded, provincial and small-hearted. And I think that is one of the reasons our antennae in the elite citadels of American life failed to detect so many incoming transmissions about the modern world actually not working for most people. And perhaps failed to detect some of the shift that led on the left to Bernie Sanders winning as much as he did despite all the obstacles for him as a candidate. And Donald Trump successfully winning because I think we didn’t really understand how much people meant it when they were telling us all along that the New World wasn’t working for them and it didn’t matter how morally superior the high tech interdependent world, you know, it didn’t appear how much, how people thought it was.

Steven Sharp Nelson: How to find peace with loss through music | TED
The secrets of the world’s most famous symphony – Hanako Sawada
How decades of stopping forest fires made them worse
Community Building Through the Power of Labels | Alexandria Holder | TEDxFoggyBottom
Anthropology, Our Imagination, and How to Understand Difference | Michael Kilman | TEDxMSUDenver