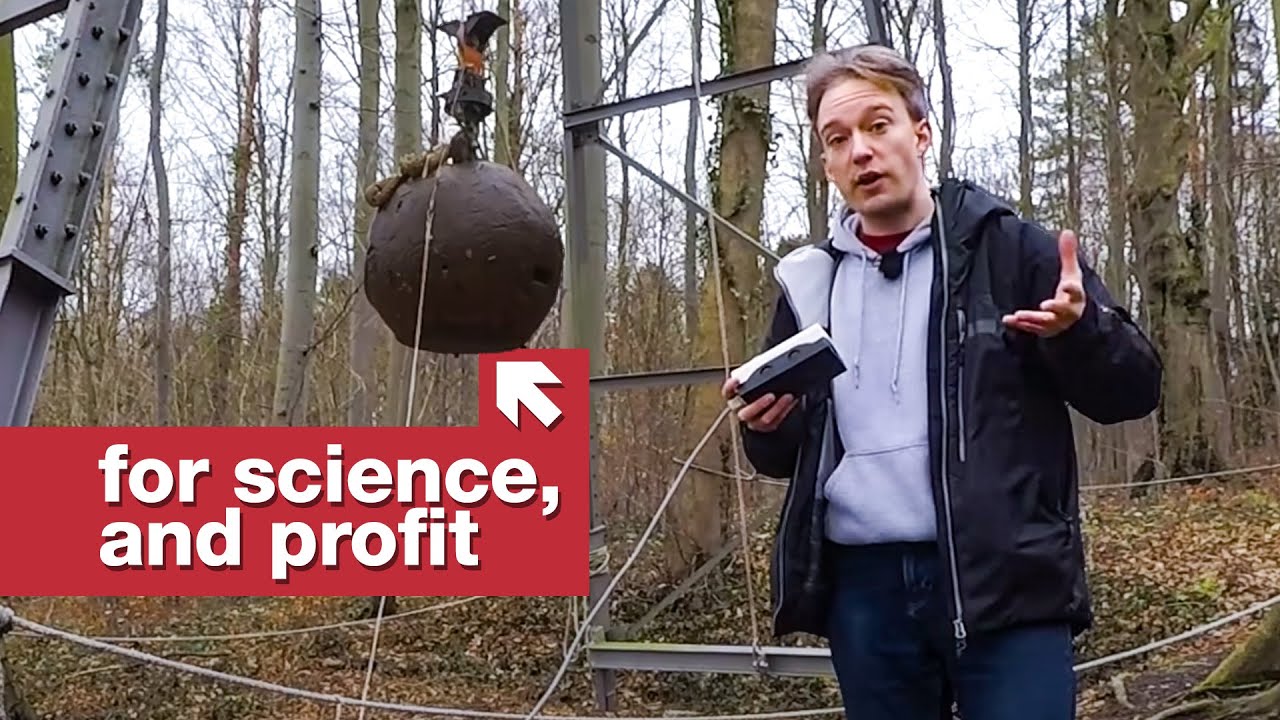 Thanks to all the team at Wiechert’sche Erdbebenwarte Göttingen! You can find out more about them here: https://www.erdbebenwarte.de/

Three things I had to cut out of this video, because they didn’t quite fit into the story or because I couldn’t film them:

The reason the steel ball survived two world wars is because the university’s records listed it by use as a “rock-ball”, not by composition as a “steel ball” – so no-one melted it down for weaponry.

The observatory team refill that pit every year to make the ground flat, and the ball just digs a hole again. The rock’s just being compressed underneath. They joke that, somewhere in Australia, there’s a slowly growing hill…

And finally, the ground steams for a little while after the ball hits: it gets rather warm…